8 Unmissable Sights at The Vatican

Vatican City, an independent sovereign state inside of Rome, Italy, is the world’s smallest country. It has a population of around 1,000 people, and an area of 110 acres. It might be small but there is still plenty to do - and here’s eight of the best sights you’ll see on your Vatican City tour! 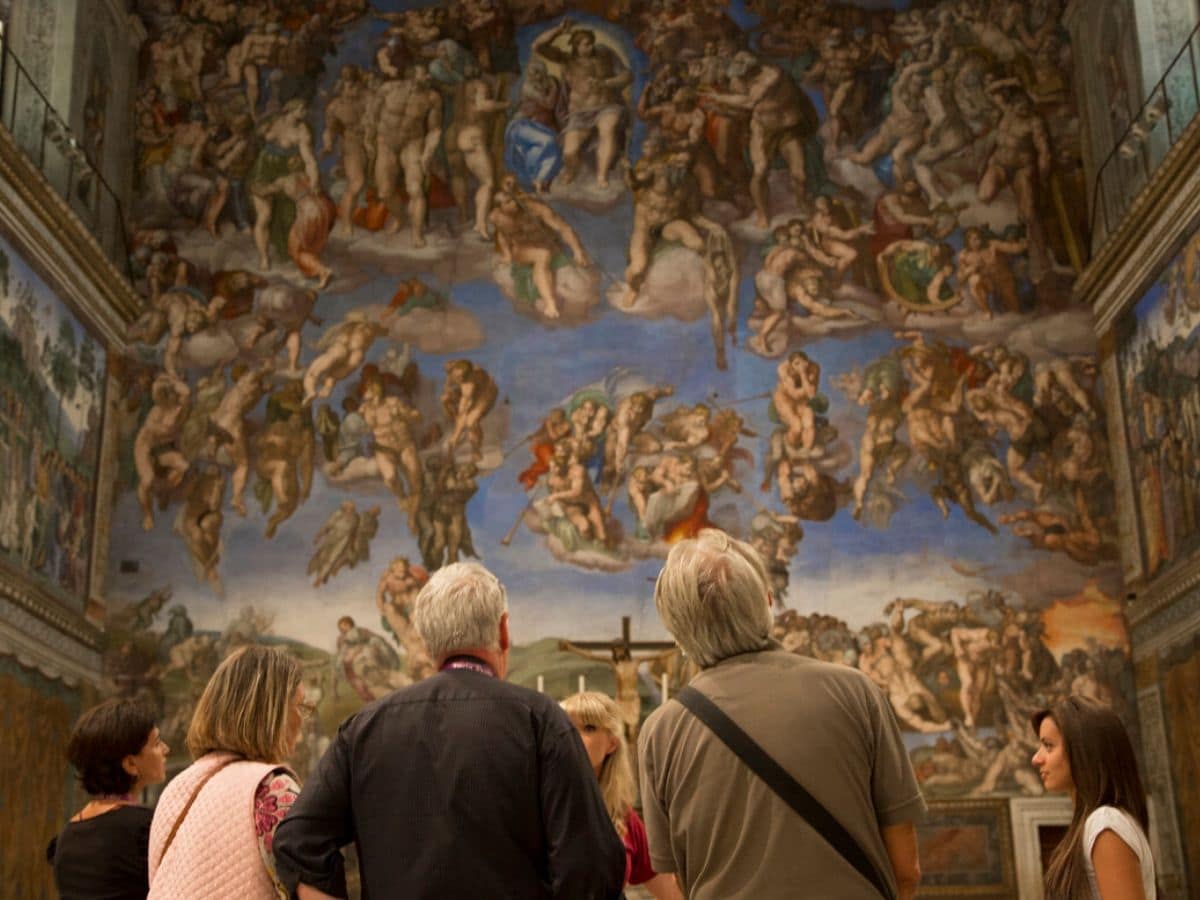 Probably one of the most famous chapels in the world, the Sistine Chapel is located inside the Apostolic Palace - the official residence of the pope. Since its restoration in the 1400s, it has been used for religious and functional reasons, as well as serving as the site of the papal conclave.

The Sistine Chapel is full of art, which you can see on our Vatican tours. Frescoes depicting the Life of Moses and the Life of Christ, as well as portraits and other artwork, were created by a team of Renaissance painters. This included Pietro Perugino, Domenico Ghirlandaio, Pinturicchio and Sandro Botticelli. A few decades later, Michelangelo painted the ceiling of the Sistine Chapel. This is the thing that draws the most visitors - it is widely renowned as one of humanity’s greatest artistic accomplishments. 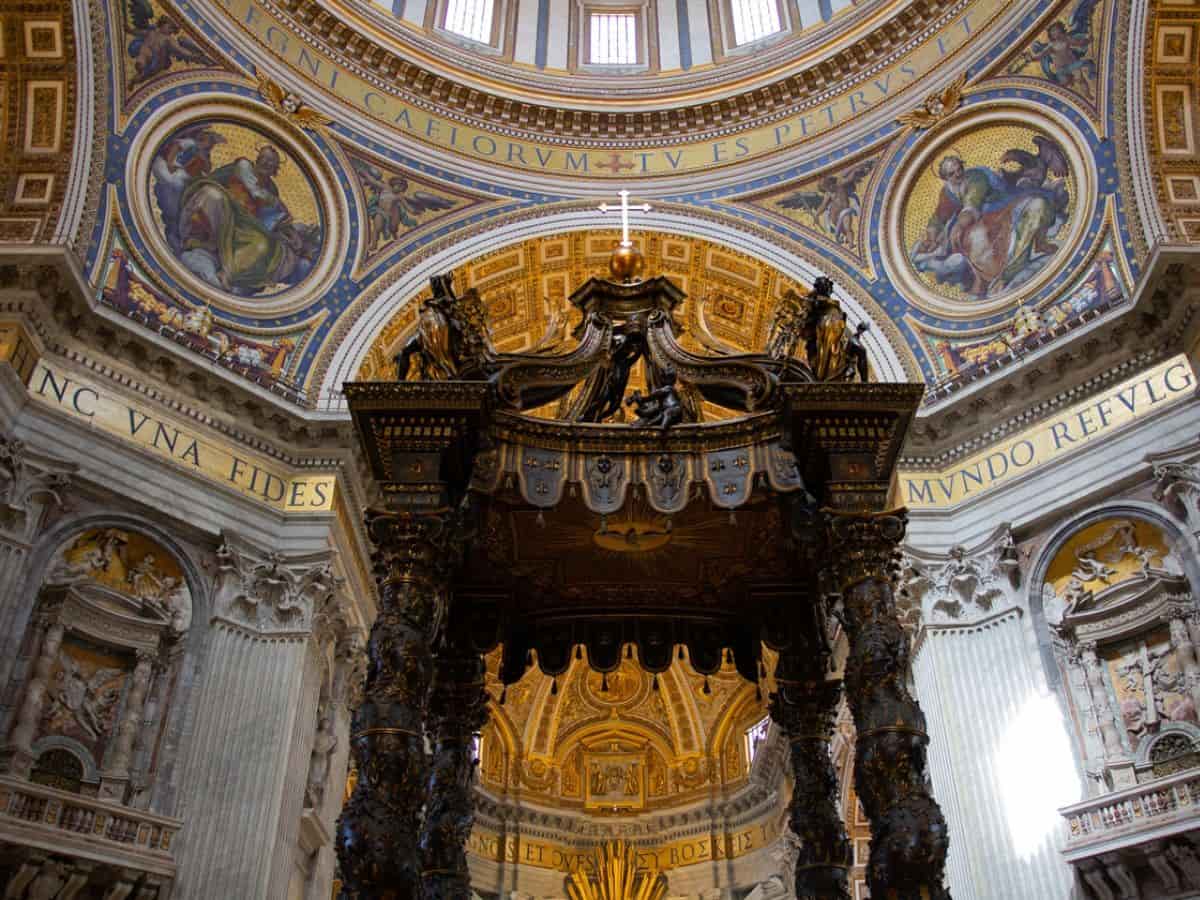 This is the centerpiece of the Vatican. It was built between the 16th and 18th centuries, and is the largest church in the world. St Peter’s Basilica was designed by some of the most famous artists and architects: Michelangelo, Bernini, Maderno and Bramante. Their artwork and sculptures adorn the church, too. Underneath the incredible dome is the papal altar, and below this is the tomb of St Peter. There are more popes’ tombs around the church, and it is widely accepted as one of the holiest Catholic shrines. For this reason, it is a place of pilgrimage as well as being used for liturgical functions.

It is awe-inspiring, beautiful and a completely iconic part of the Vatican City. Tours include a visit here and it really can’t be missed. 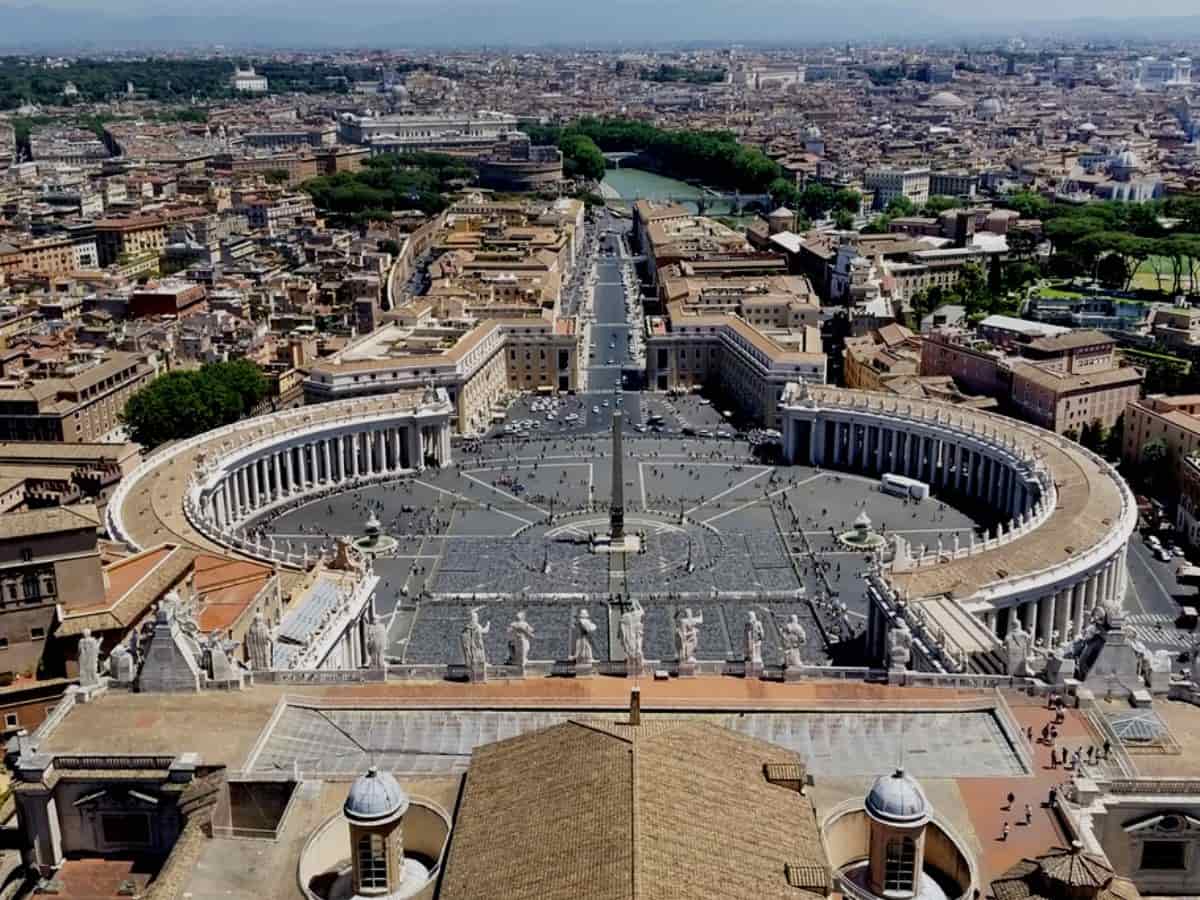 Following on from the basilica, the square - also known as Piazza San Pietro - is a must-see part of the Vatican. This square is in fact a 372-meter-long oval, enclosed at each end by colonnades, atop which are 140 statues of saints. There are fountains on each side of the oval itself, and right in the middle is an Egyptian obelisk. This was brought to Italy in 39 AD and moved to the Vatican in 1586. The square is also home to the façade of the basilica and the central balcony where the Pope delivers blessings and announces canonizations, as well as where the name of a newly elected pope is announced.

St Peter’s Square is somewhere where faithful Catholics from all over the world can gather. On important occasions such as Easter, the square is completely full of worshippers. 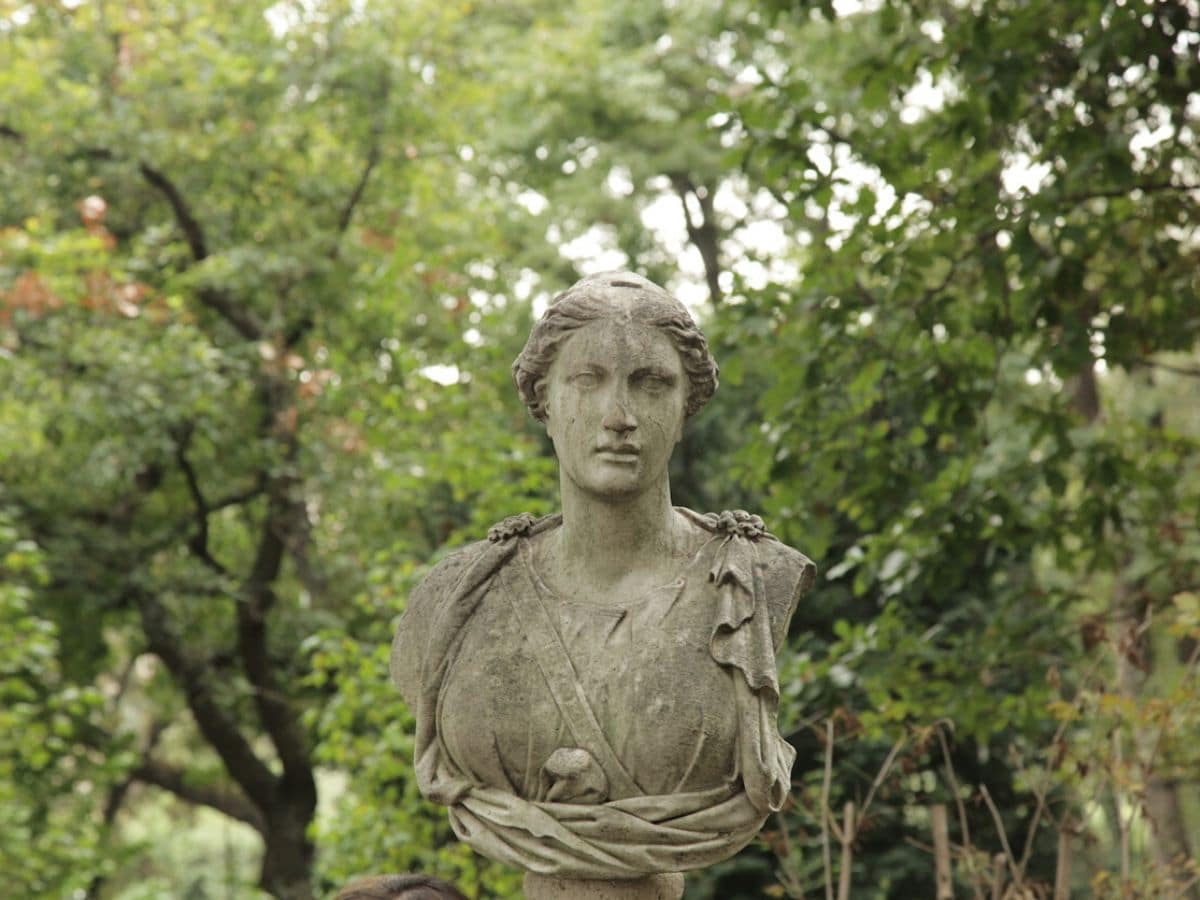 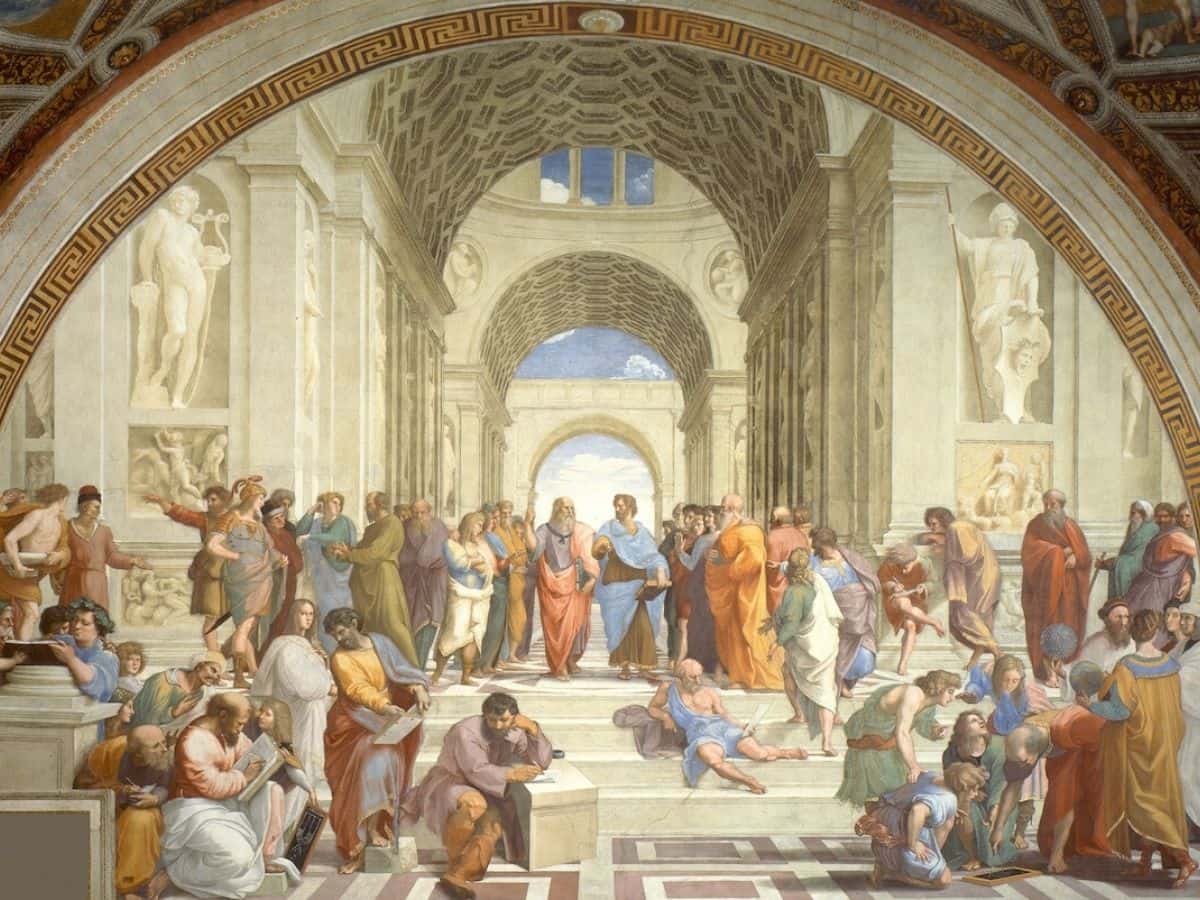 Part of the so-called Vatican Museums (Christian art museums located within the Vatican and displaying artwork amassed by popes over the years, including the Sistine and Niccoline Chapels, the art in the Borgia Apartment and more), the Raphael Rooms form a cutie of reception rooms. Pope Julius II commissioned Raphael in the 1500s to redecorate the interior of his apartments, and the awe-inspiring frescoes were created.

The rooms are: The Hall of Constantine, the Room of Heliodorus, the Room of the Signatura and the Room of the Fire in the Borgo. The best Vatican tour will give you access to the Raphael Rooms, as well as the other Vatican museums.

6. The Gallery of Maps 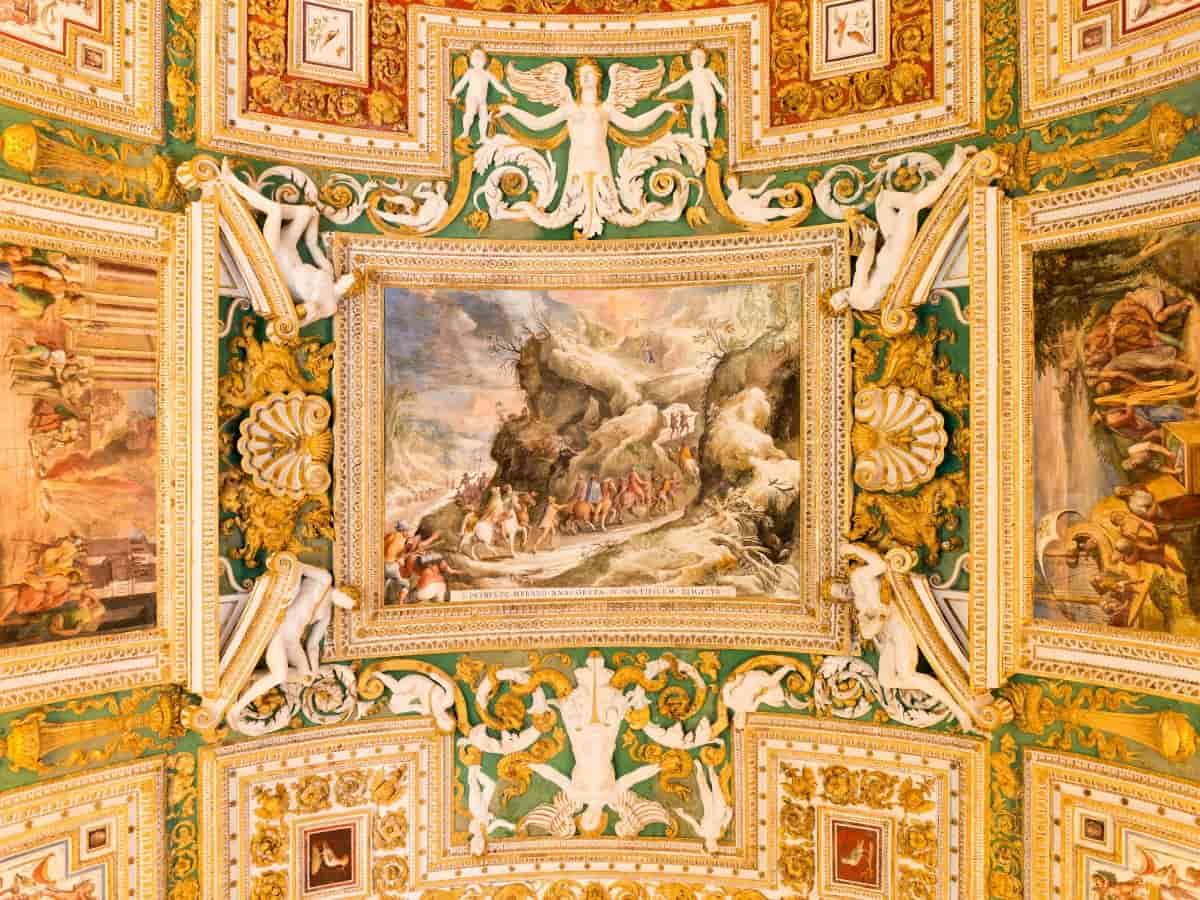 Whether you are interested in cartography or not, the Vatican Gallery of Maps is a must-see part of the city. On the west side of the Belvedere Courtyard, it contains a series of paintings of maps of Italy. These are based on drawings by Ignazio Danti, a friar and geographer. The gallery was commissioned by Pope Gregory XIII in 1580 and took three years. There are 40 stunning and intricate panels lining the 120-meter long gallery. 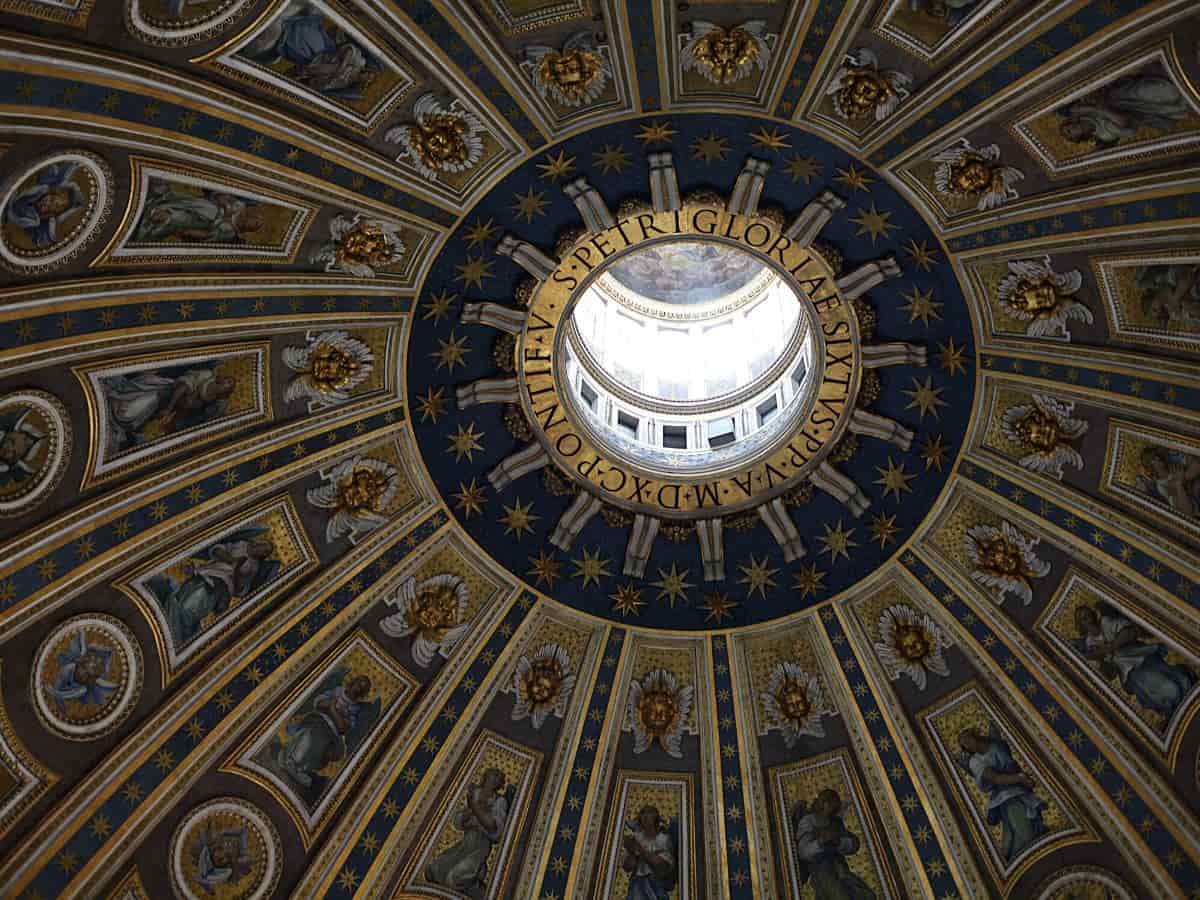 While not as large or famous as the Sistine Chapel, the Cappella Niccolina is definitely worth visiting. It is in the most ancient part of the Apostolic Palace and contains frescoes by Fra Angelico and his team of assistants. The chapel was created for Pope Nicholas V, which is where the name comes from, and was built to be used as his private chapel. It has a blue vaulted ceiling, decorated with stars and figures of the Four Evangelists in each corner. It is said that the frescoes allude to the pope’s wish to rebuild Rome as the “capital of Christianity”. 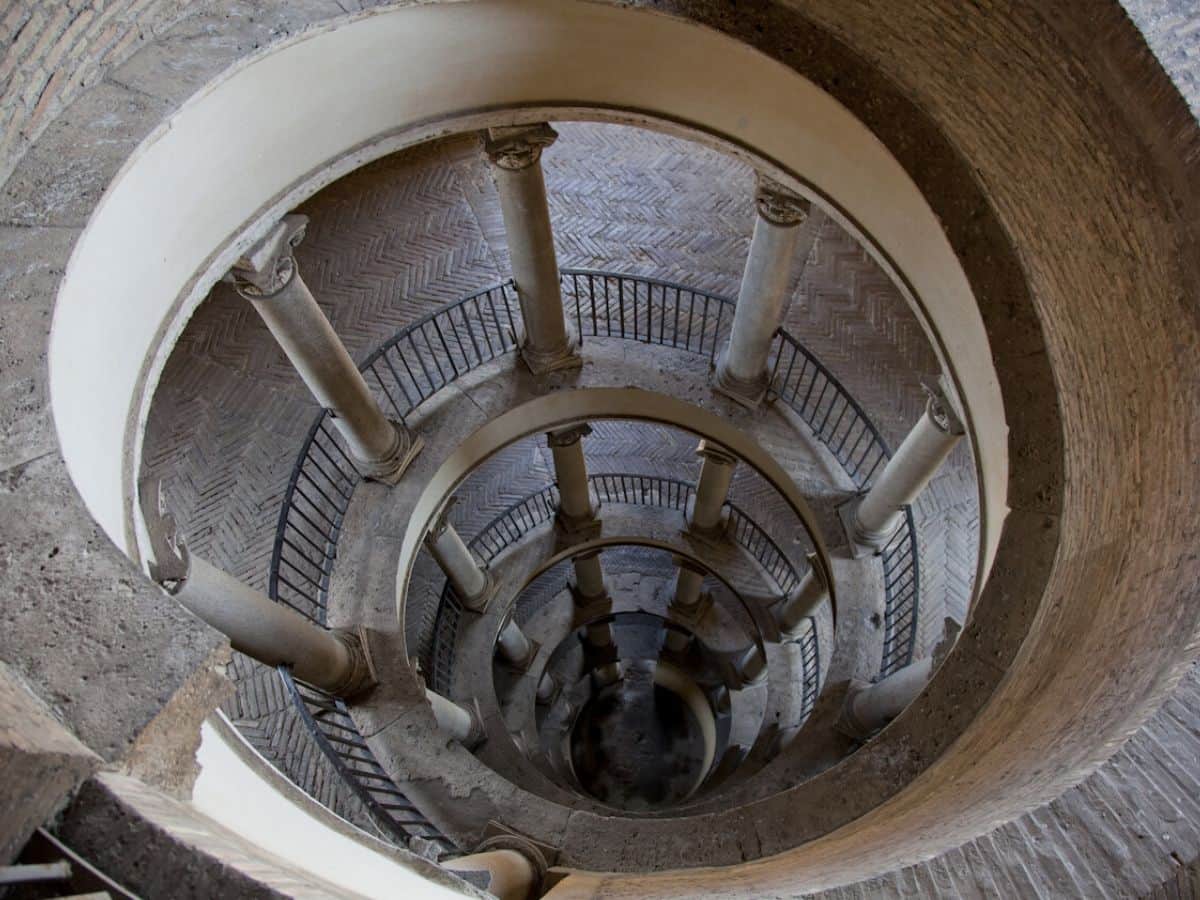 There are actually two Bramante Staircases. The original was built in 1505 and connects the Belvedere palace of Pope Innocent VIII to the outside - it was designed by Donato Bramante, in a way that allowed people and animals to ascend and descend without interruption. While it is not always open to the public, our tours of the Vatican allow you to access the original staircase. There is a modern version too, designed by Giuseppe Mome in 1931. It is open to all visitors.

The Vatican City is an incredibly important part of history, culture and religion. It offers so much to see and do, and these specially curated Vatican tours are the best way to guarantee you won’t miss out on anything!

Faster Than Skip The Line