8 Things you Never Knew About the Trevi Fountain

Italy’s beautiful capital city, Rome, has plenty of fountains to boast about. But none are more famous - or more visited - than the Trevi Fountain in Piazza di Trevi. Tours of Rome just aren’t complete without seeing this incredible fountain up close. Here are 8 surprising facts about the Trevi Fountain that you might not already know… 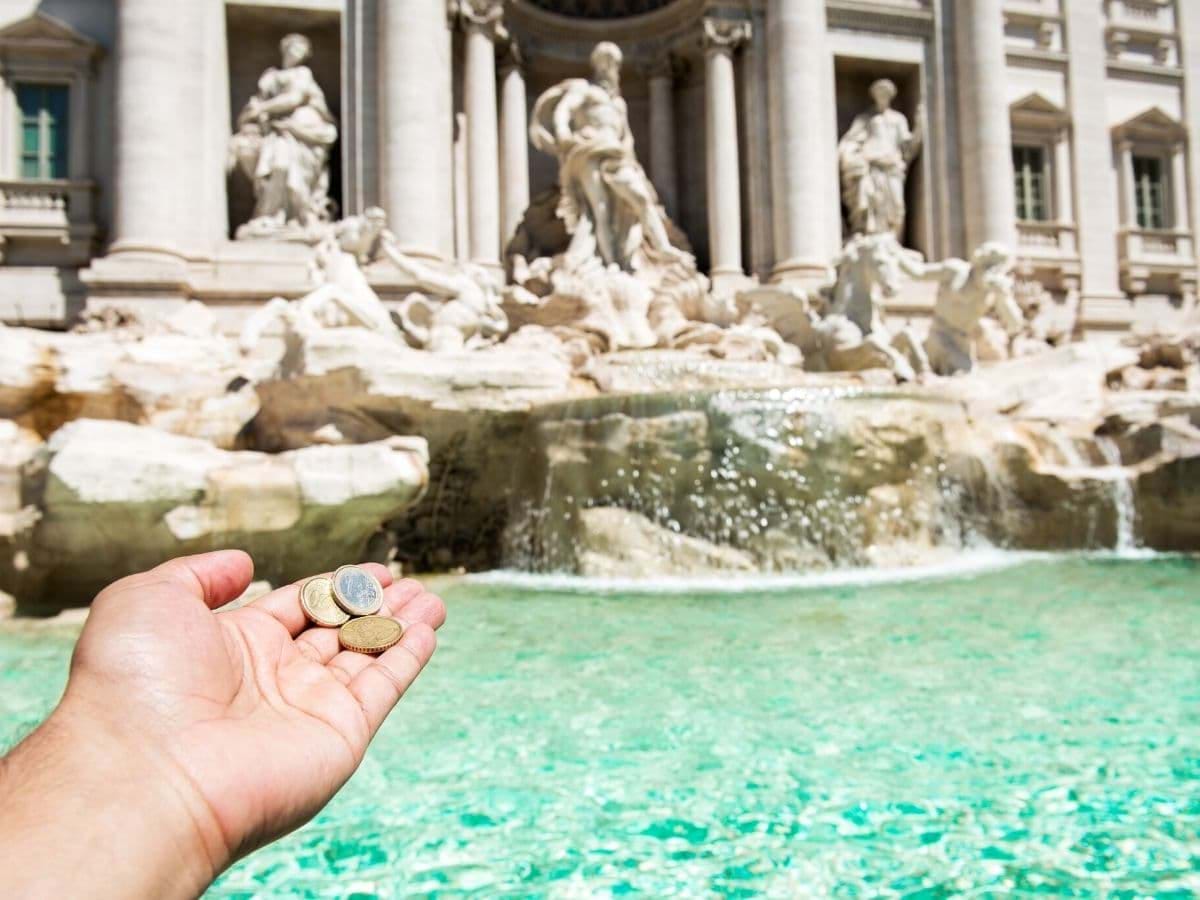 It is no secret that tourists and visitors throw coins into the Trevi Fountain. They are meant to be thrown over the left shoulder using the right hand, as shown in the movie Three Coins in the Fountain starring Jean Peters, Clifton Webb and Louis Jordan. However, what you may be surprised to learn is that around €3,000 are thrown into the fountain on a daily basis. This equates to around 1.4 million euros every year, and the money is collected and used to support a food bank/social supermarket for people living in poverty in Rome. It is also illegal to steal coins out of the fountain, although people do try it! 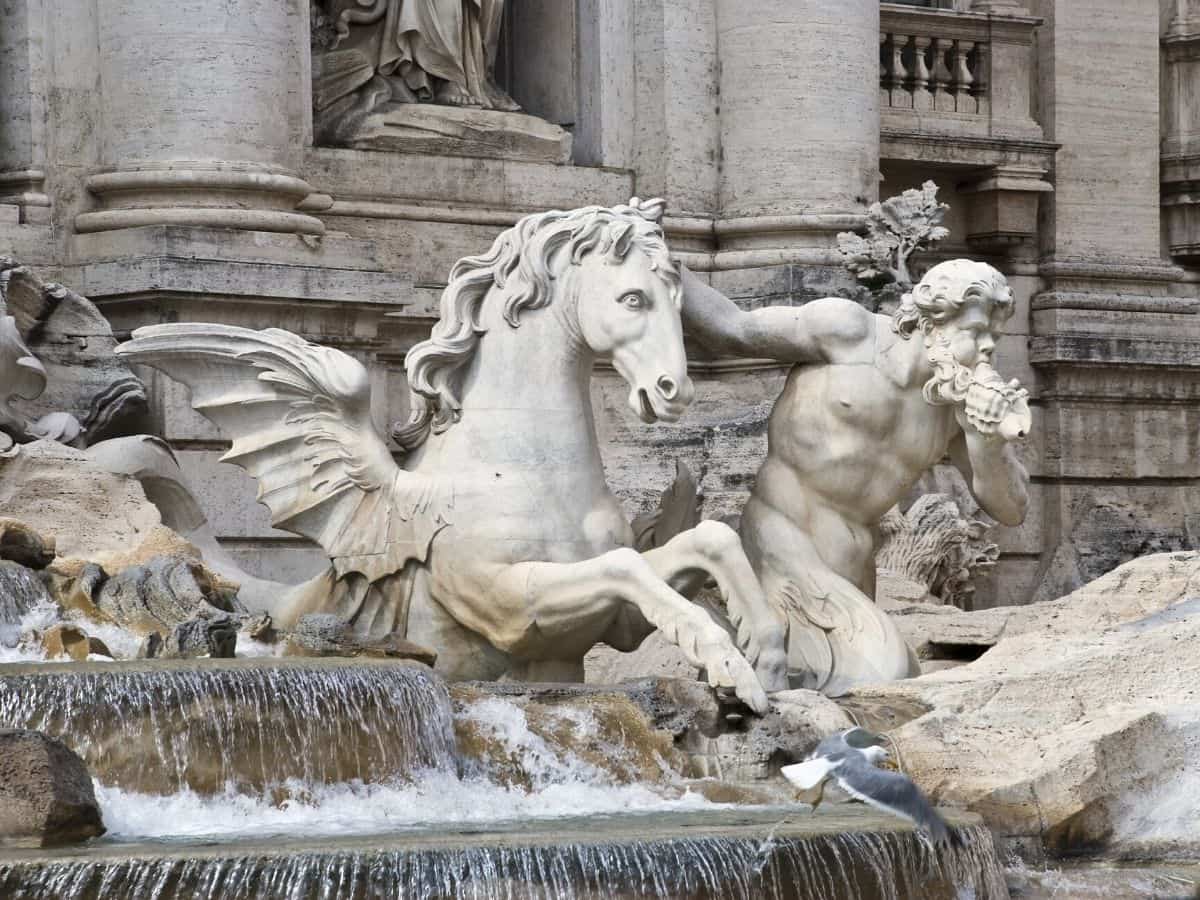 In June 2014, the Trevi Fountain was drained and sealed off. Italian high-fashion brand, Fendi, sponsored the €2.4m restoration which was completed seventeen months later in November 2015. It was part of the Fendi for Fountains project, which aims to preserve the fountains that are such a rich part of Rome’s culture. Other luxury fashion brands are helping Rome to restore and preserve their beautiful city: Bulgari have contributed to sprucing up the Spanish Steps, and Tod’s (a luxury footwear brand) are involved in restoring parts of the Colosseum. 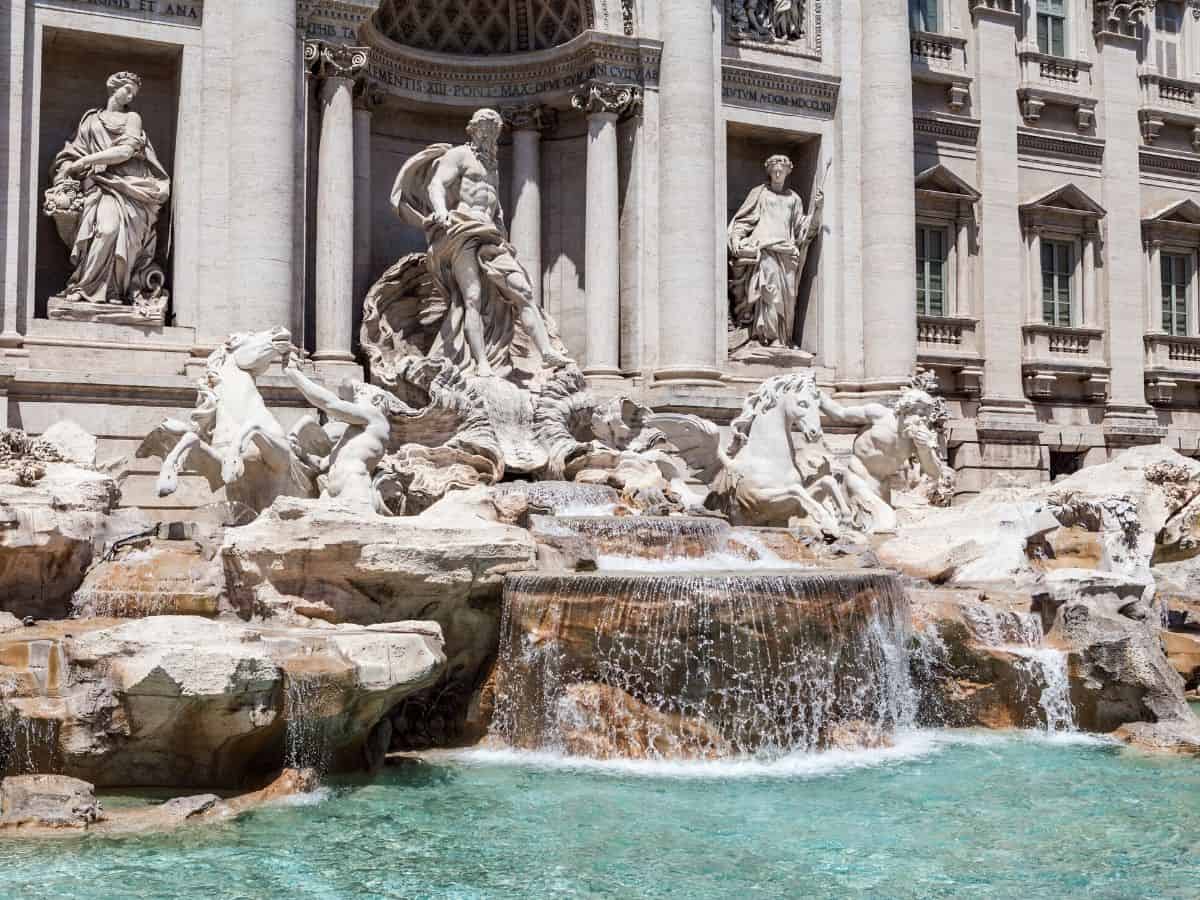 Roman aqueducts were incredibly important in terms of distributing fresh water to the public baths and fountains across the Eternal City. The Trevi Fountain is located at the end point of what was the Aqua Virgo Aqueduct, constructed in around 19 BCE. Legend has it that Aqua Virgo, meaning Virgin Waters, is named after a young Roman girl who would lead soldiers to the source of the spring to quench their thirst. The three-road junction at the end point of the aqueduct - ‘tre vie’ - is where the Trevi Fountain’s name comes from. It is literally the Three Street Fountain! 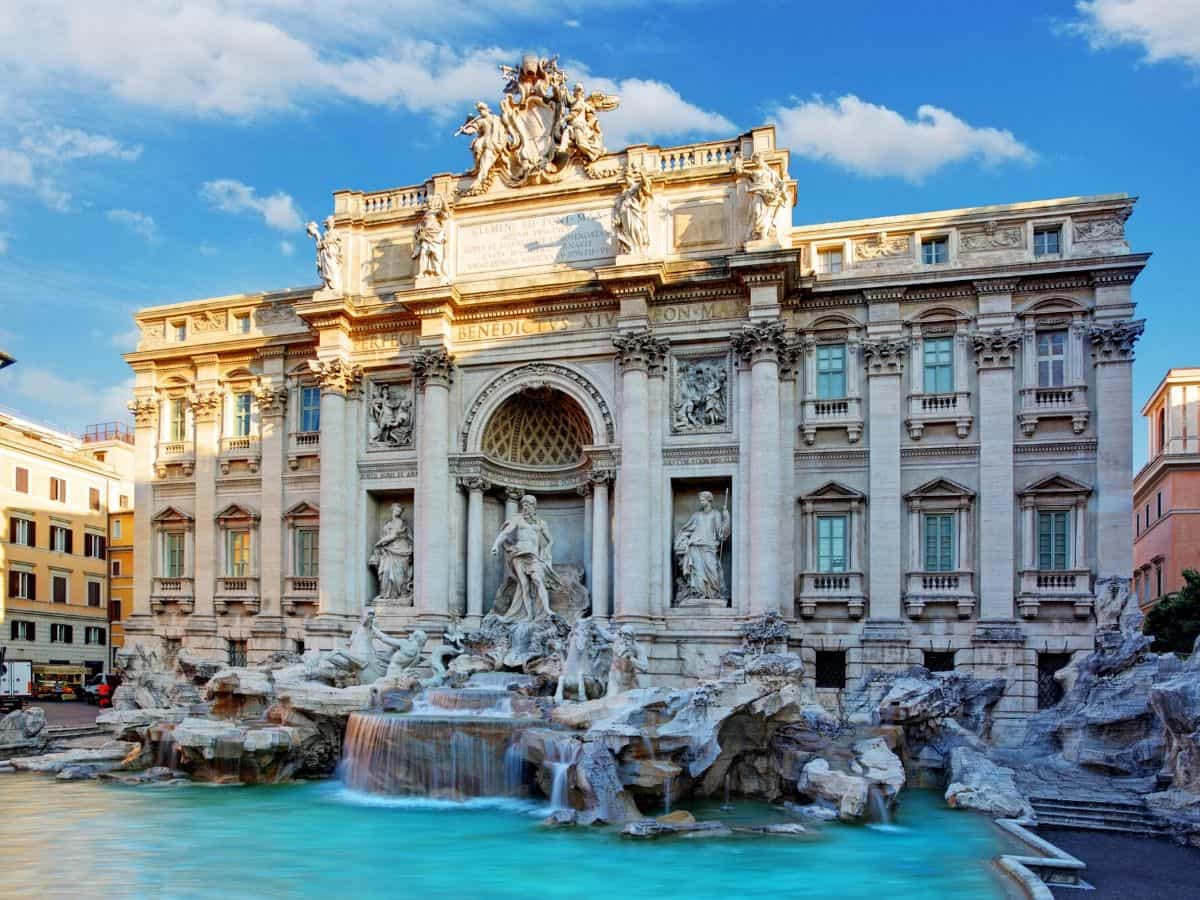 The Trevi Fountain is one of the most iconic landmarks in Rome, and this has only been helped by its appearance in various movies over the years. The aforementioned Three Coins in the Fountain, alongside movies such as Audrey Hepburn’s Roman Holiday and the famous teen comedy, The Lizzie McGuire Movie, have showed the Trevi Fountain standing proudly on screen. On tours in Rome you will be walking in the footsteps of your favorite movie stars. 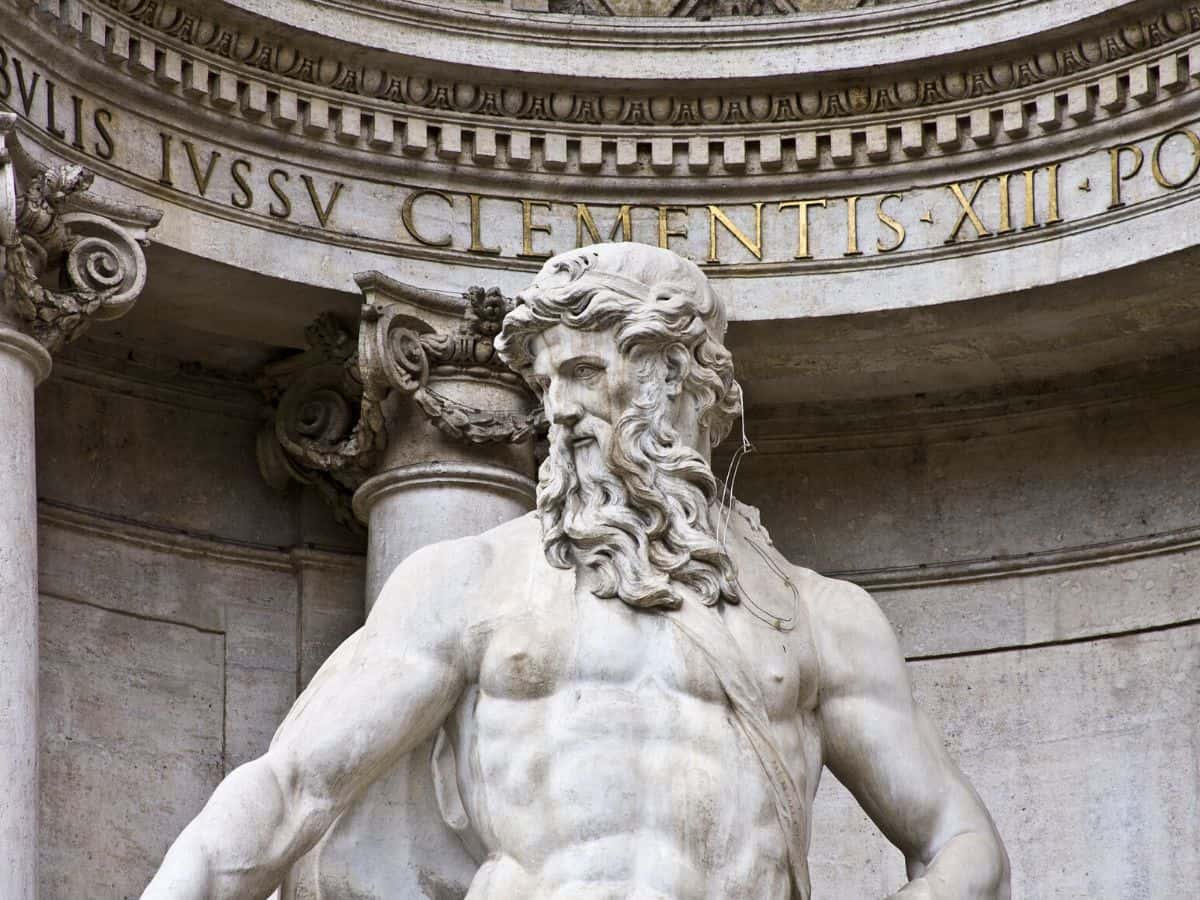 Originally, Bernini was commissioned to design the Trevi Fountain. There was a basic fountain already in place, due to the aqueduct, but a new one was planned that would be much more extravagant. Bernini was a celebrated architect and fountain-designer, so he was chosen to design the new Trevi Fountain. He got rid of the old one and moved the water outlet, but the project was delayed due to outcry over his use of stone from the tomb of Cecilia Metella. She was an important figure in Rome in the first century BCE, and the public didn’t like the use of the stone. Bernini got as far as creating a semicircular basin with no decor.

The design process was taken over by Nicola Salvi, a poet and philosopher with no previous architectural experience to speak of. He wanted to create something entirely dramatic and over the top, which some would agree he succeeded in doing. However, both he and the sculptor who carved the figures on the fountain died before it was completed and unveiled in 1762. 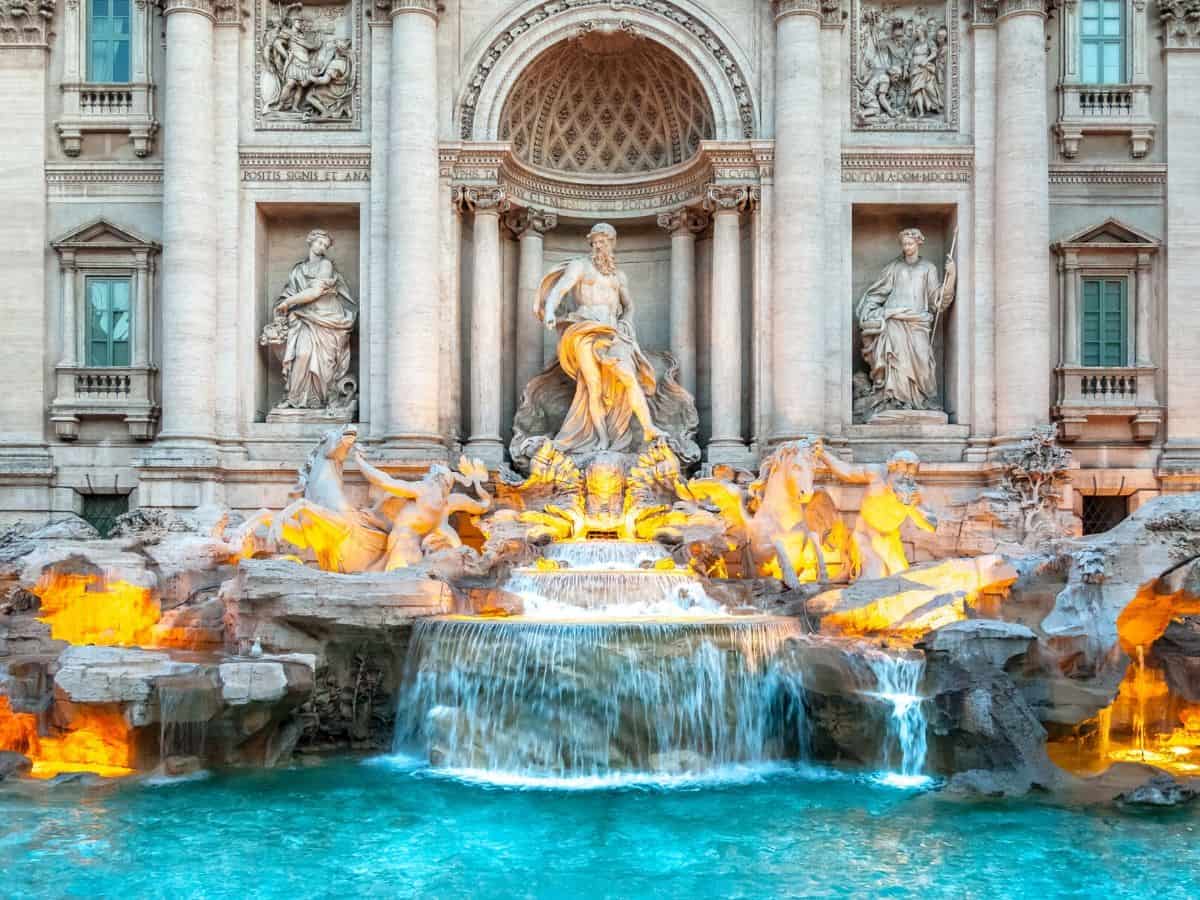 While the fountain originally provided drinking water to the citizens of ancient Rome, there is obviously no need for this now. But the fountain does still have water flowing through it. Over the course of 24 hours, the Trevi Fountain produces around 2,823,800 cubic feet of water. This water is continually recycled, so there is no water waste involved in the running of the fountain. Due to the nature of recycled water, it is absolutely not safe to drink from the Trevi Fountain in modern times! There are small drinking fountains around the city, so if you do get a bit warm on a Rome tour you won’t struggle to grab a quick drink. 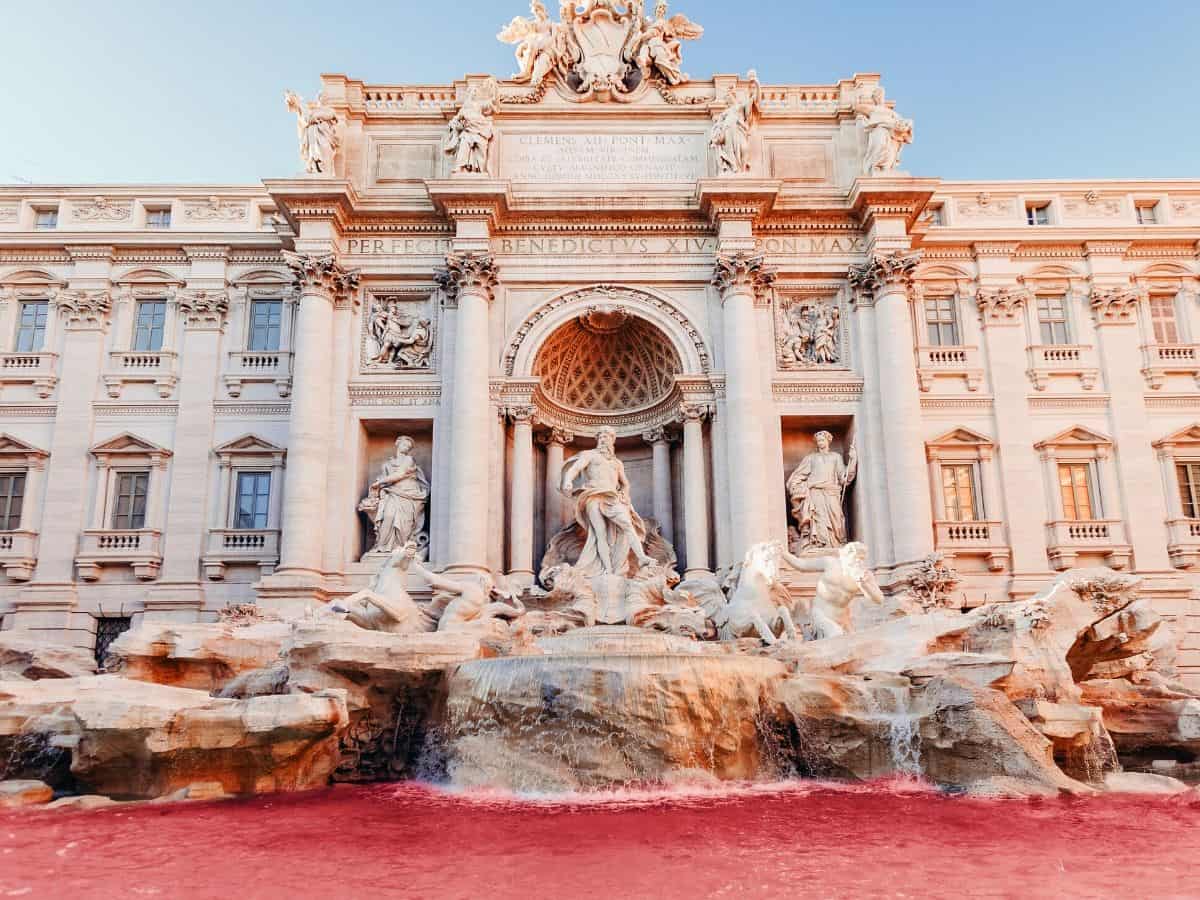 Back in 2007, the Trevi Fountain was vandalized. Aniline-based dye was poured into the water, which very quickly turned red - much to the shock and surprise of tourists there on the day. The correct people were informed, and the fountain was swiftly drained. Luckily, the dye didn’t cause any damage to the marble used in the creation of the fountain and everything remained intact.

Paying for the fountain 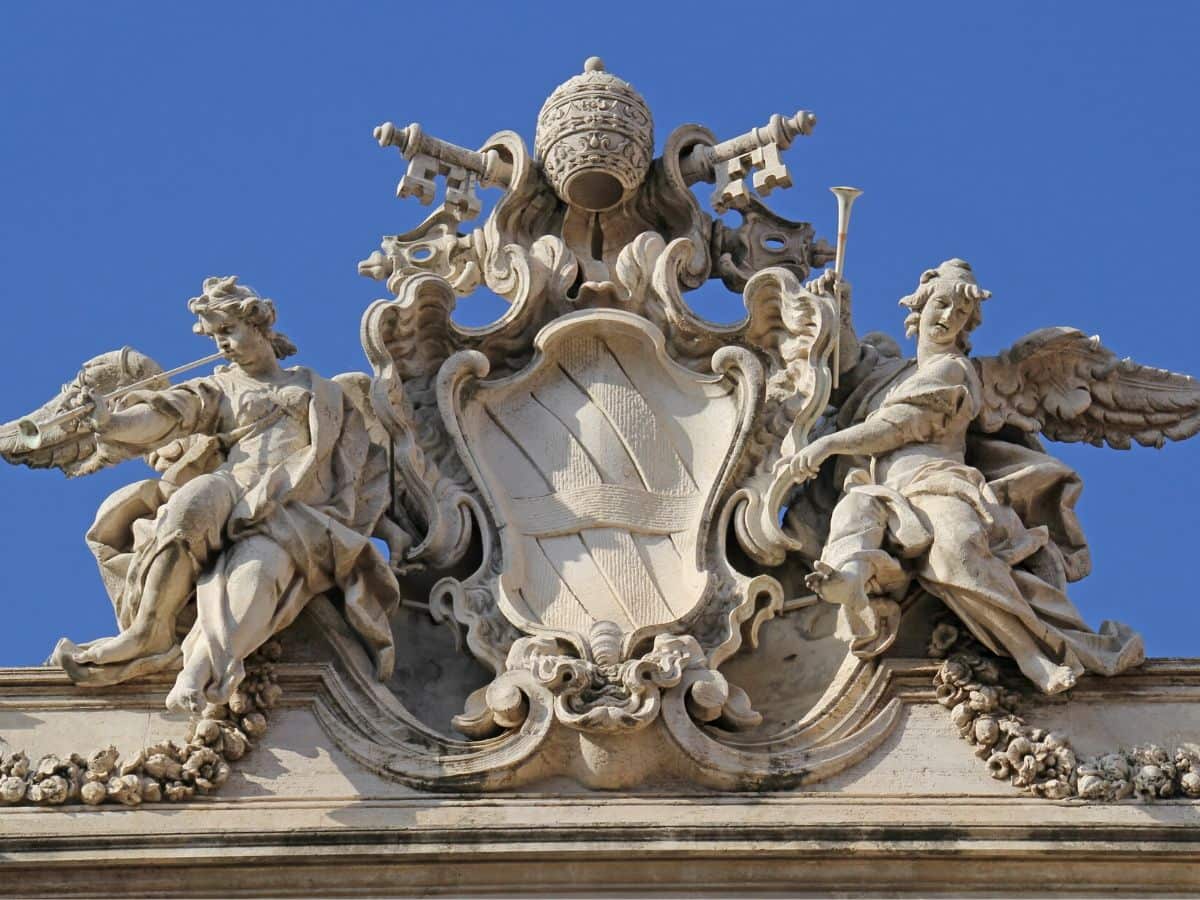 Building a fountain as large and ornate as the Trevi Fountain was no mean feat - and it was a costly plan, too. It is said that the fountain cost around 170,000 scudi, the ancient Roman currency of the day. There is no real way of working out what the equivalent is in today’s euros or dollars, because the way we use money has changed so much. However, we can be sure that it was a lot of money. So where did it come from? History seems to suggest that the original pot of money for the creation of the Trevi Fountain came from taxing wine throughout the city. Needless to say, this wasn’t a particularly popular decision…

The Trevi Fountain is iconic, not just in Rome but throughout Europe and the rest of the world too. On a tour of Rome, visiting the fountain is an absolute must. Admire its beauty, throw your coins in, and take a minute to appreciate how incredible the fountain - and its history - really is.

Everything You Need to Know Before Visiting the Catacombs of Rome

What Pompeii Teaches us About Ancient Roman Architecture