While Rome today is a tourist hotspot, a bright and beautiful city full of culture and happy people, that hasn’t always been the case. The eternal city has a dark past, one that’s hidden underground. Rome’s catacombs and crypts, the hidden city of the dead, is full of secrets. You can go on tours of the catacombs in Rome, but read this post first to see if you can handle it…

1. The oldest catacombs in the world

It is said that the catacombs in Rome are some of, if not the, oldest catacombs in the world - excavated from the 2nd century onward. The actual tunnels date back to before the Romans themselves: they were carved out by Etruscan people living in the region, while they were mining for various rock such as sandstone and limestone. The Romans used the tunnels for rock resources too, and the Christians and Jews went on to use them as mass graves. 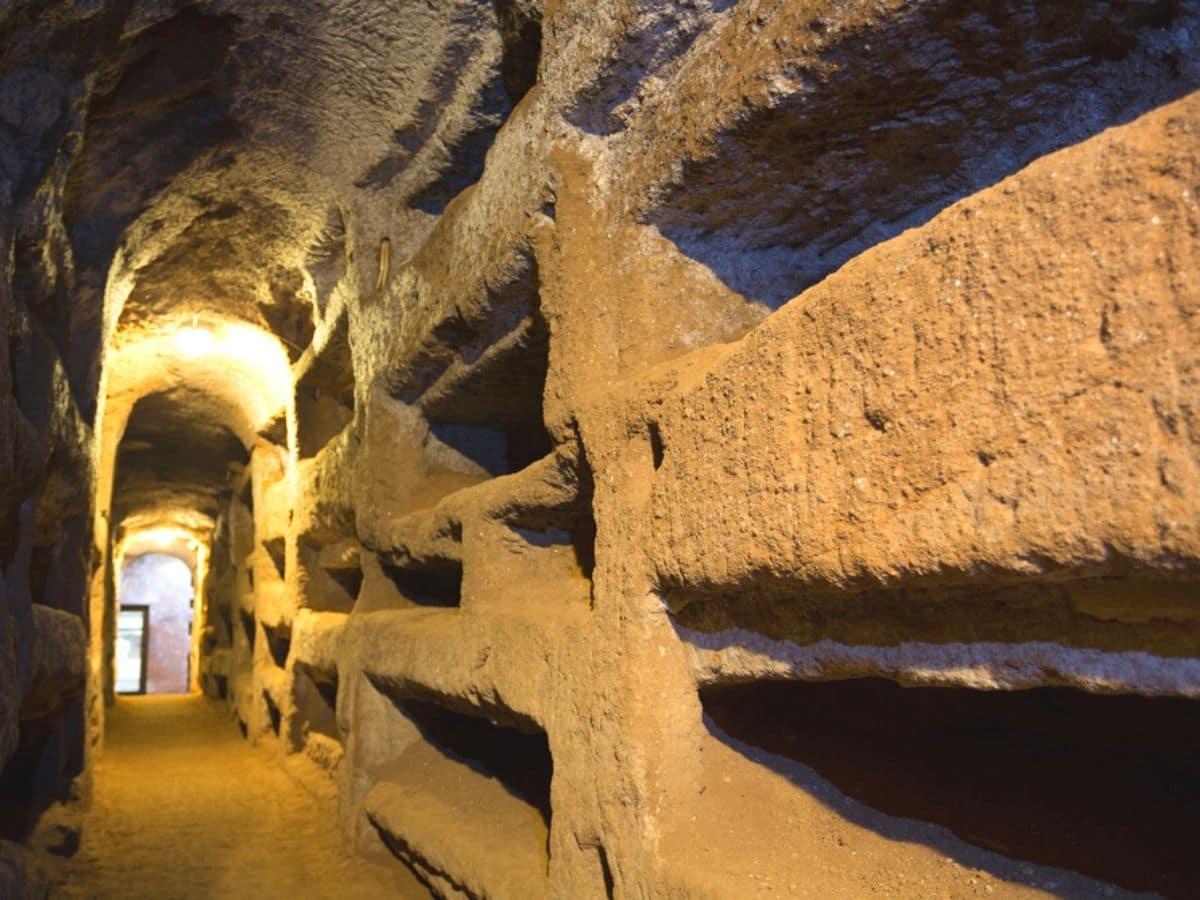 There is actually a whole world of art contained within the catacombs of Rome. Tour them and you’ll be greeted with paintings and frescoes from various different centuries. It’s a great way to see art in a completely different light - both literally and figuratively - to seeing it hanging in an art gallery somewhere in the city. There are three types of art in the Roman catacombs: stylistic, technical and iconographic. It was also further split into phases: there is early phase art, followed by Old Testament phase and New Testament phase.

The art tells a story, or multiple stories. They are examples of healing, salvation, resurrection - tales from the Bible such Jonah being saved from the belly of the whale, and Noah escaping the flood. Images of the Mother of God, the Good Shepherd and the Christmas crib are all present in the Roman catacombs. Some of it is hard to make out, but a lot of it is well-preserved and offers a fascinating insight into ancient Roman and Christian art styles. It is also said to be the most valuable collection of ancient Christian art anywhere in the world!

It’s true what they say - underneath it all, we really are all the same. We can all be reduced to skeletal beings at one point, just a bunch of bones with everything else stripped away. In the Roman catacombs, the rich and poor were buried right alongside each other - and to look at the bones now, you wouldn’t know who’s who. As burial of the dead was (and still is) seen as a corporal work of mercy, it was important to the early Christians that everybody should receive a proper burial no matter their class. While the earlier pagans inscribed both name and title on someone’s headstone, the Christians just added their name. This cemented the idea that everyone truly is equal, as class cannot be denoted by name alone.

Given the sheer size and depth of the Roman catacombs, it is no surprise that there are thousands upon thousands of bones and bodies lying in the depths of the eternal city. Rome walking tours don’t always show you the darker side of the city, but our Dark Heart of Rome Tour can provide a fascinating insight into the city’s hidden past. 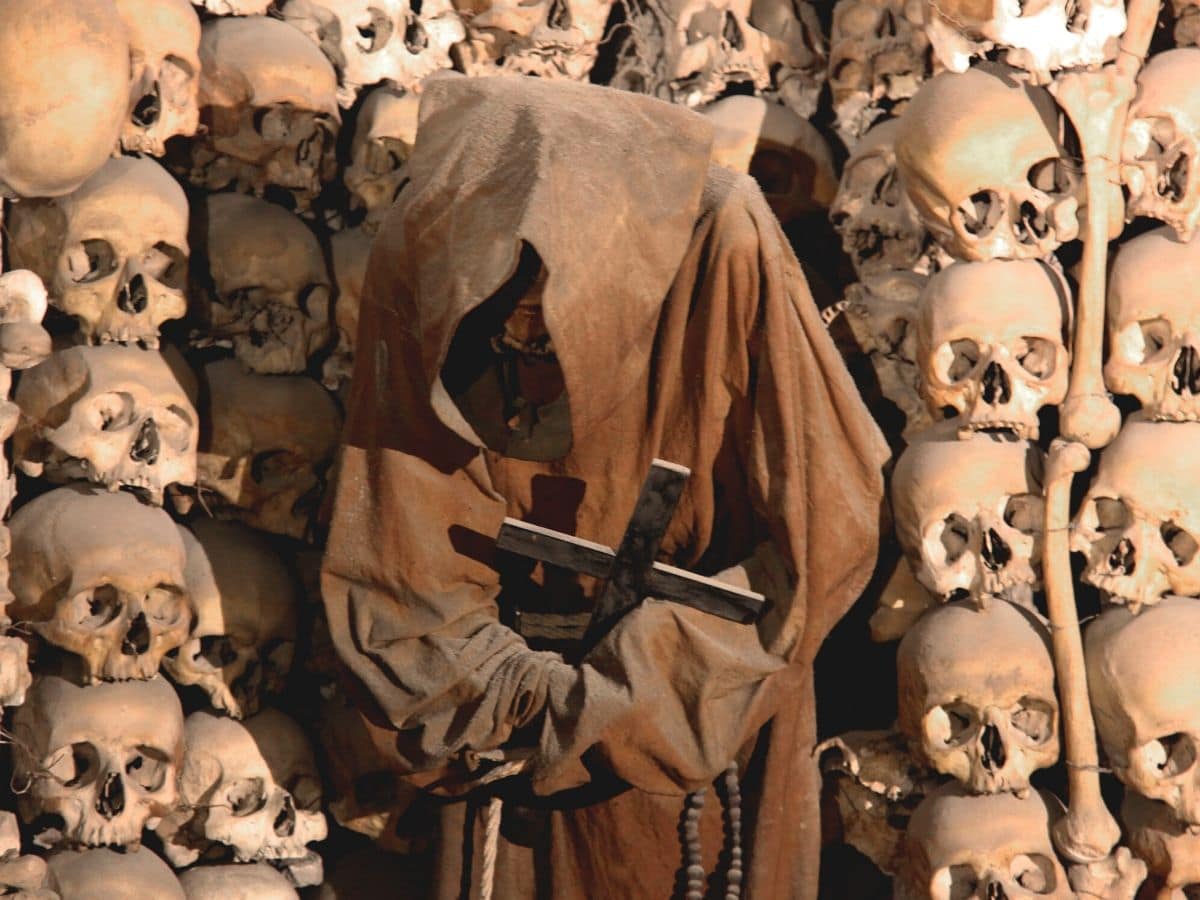 During the 3rd century, Christians actually used to worship within the catacombs. Traditionally they would worship at home, but as the religion grew, they needed more space. Benches and tables were taken down to the catacombs for faithful worshipers to pray among the dead. On a Rome catacombs tour, you can walk among the spaces that very early Christians used for worship, prayer and community.

6. Deep beneath the city's surface

The catacombs run deep - they are at least 20 meters underground, and many are around 20 kilometers long! The catacombs are actually just outside of the city center: it was illegal to bury the dead within the old city walls, likely for hygiene reasons, so you do have to travel to visit the Roman catacombs. On our Crypts and Catacombs tour, you'll travel there in air-conditioned comfort and explore the dark underbelly of the city.

There are well over forty catacombs under the city of Rome. However, only five of these are open to the public:

They are each popular for different reasons - Priscilla for all the art work, and San Callisto for the pontiffs buried there - but the remaining 35+ catacombs are hidden from the public. Why? We can only guess… 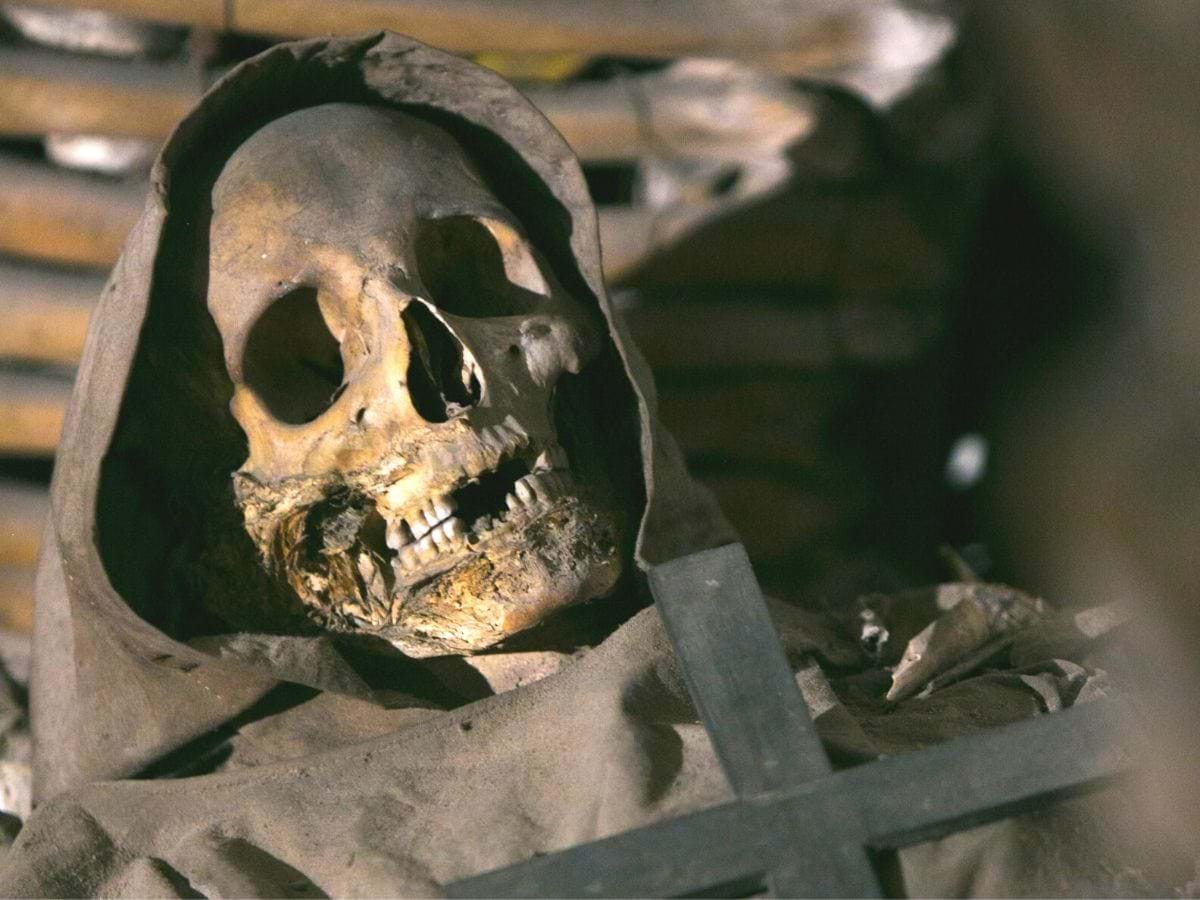 The skeleton of a Capuchin Friar

As mentioned, there are many catacombs and crypts that are closed to the public. On top of that, however, it is incredibly likely that there are even more catacombs never discovered, or just forgotten about. There were also Jewish catacombs that are said to have been lost within the city of Rome - nobody knows quite where they are. On a Rome catacombs tour, you can explore the catacombs that we can enter, and learn about the ones we do know about.

The catacombs were rediscovered in the 16th century by Antonio Bosio. He was an Italian scholar, devoted to his archaeological works. He almost ended up among the dead himself while exploring the underground tunnels of the eternal city - this is how he stumbled upon row after row of bodies and bones. The significance was not widely noted at the time, but Bosio dedicated his life to a systematic exploration of the entire underbelly of Rome.

There’s a saint for so many things: bridge-builders, weavers, shepherds, herbalists, stonemasons, missionaries and more. And a lot of saints were actually buried in the Roman catacombs - when visiting, you’ll be standing in the spaces that their bodies once took up. Many have since been moved to cathedrals, but some do remain: another reason why the catacombs are an important pilgrimage for many Christians.

Rome has a dark past, and the crypts and catacombs that lie beneath are a great way of exploring and learning about that. We offer various Catacombs of Rome tours that look into the darker side of the city, which is a great alternative to gelato and galleries!

7 Most Beautiful Works of Art at the Uffizi Gallery 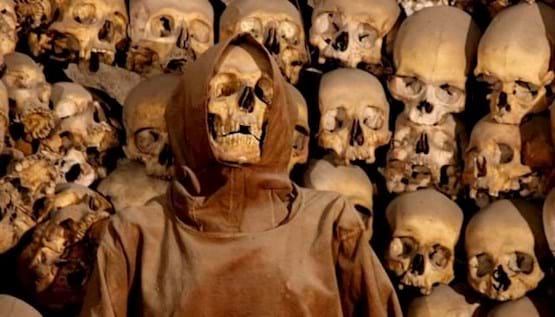 The Original Crypts and Catacombs Tour 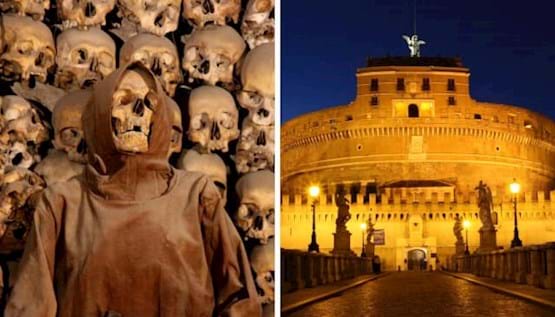