Do as the Romans Do

As the birthplace of one the history’s most influential and advanced ancient civilizations Rome is a dynamic melting-pot of rich culture, world-famous art, mouth-watering cuisine and iconic architecture. To fully experience this dynamic place, you need to totally immerse yourself into the city’s traditions and strange quirks. And we’re here to help you do just that. Visit the city’s most iconic sights on this Best of Rome tour and embrace the spirit of Rome with today’s guide to Roman culture and customs.

Ever heard the phrase ‘when in Rome, do as the Romans do’? Well we’ll have you doing exactly that with this insider guide to Rome’s cultures and customs. In fact, that popular phrase was coined way back in 387 AD and was used to express the rigidness of the Roman orthodox church, which was notorious for being a stickler for the rules and rituals. Needless to say, Rome today is a very different city than what it was back then. Today, modern art lines its streets and jazz music fill its eccentric bars. The Roman culture has evolved but curiously it still retains some of its old school traditions, and we are totally obsessed with these charming quirks which make the city a truly unique place to visit. 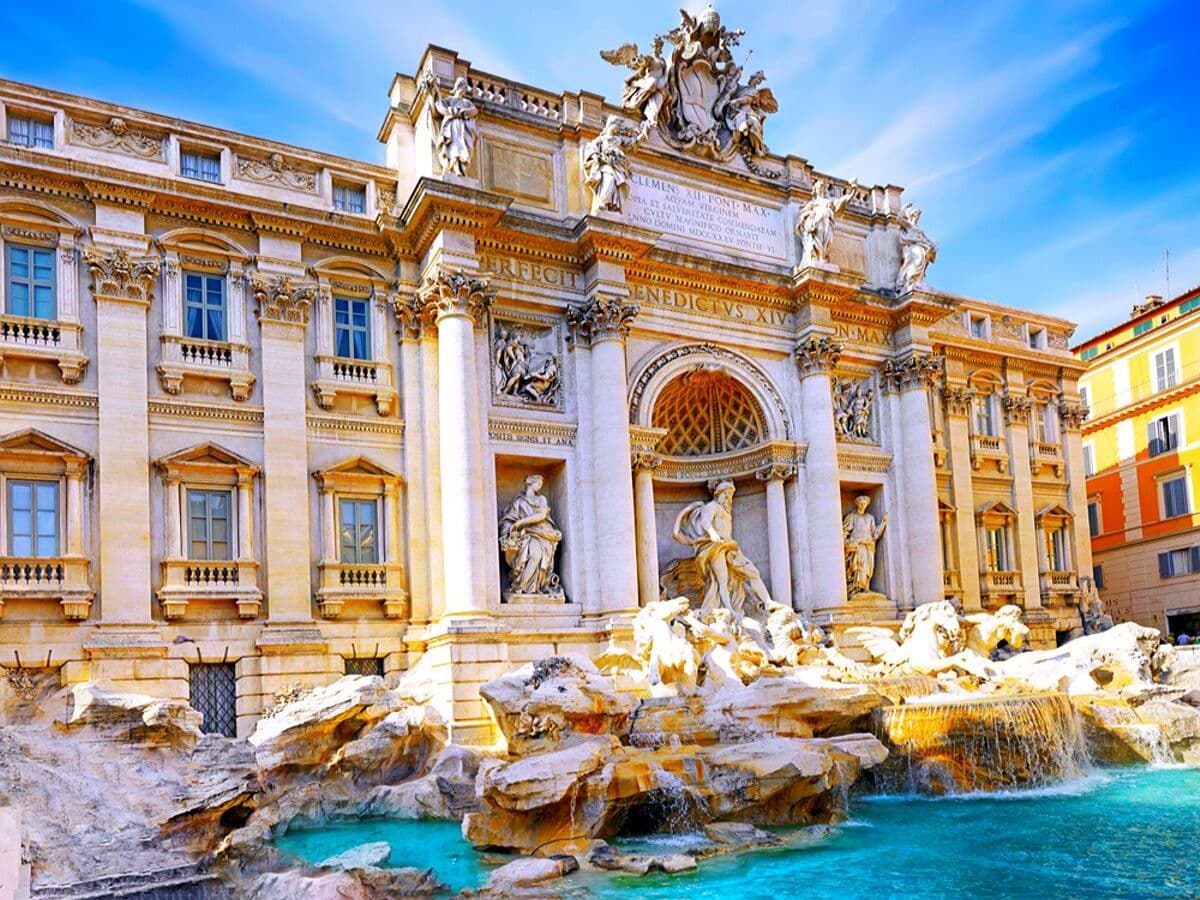 Rome is home to 280 fountains, fifty of which are monumental. But what is it about the Roman’s and their fixation with water? Of course, the Ancient Romans changed the course of history when they invented advanced aqueducts to carry water to parts of the city where it didn’t naturally flow, but it’s much more than that. For Ancient Romans, water was considered a gift from the gods above and so every water source was credited to a particular god or nymph.

No trip to the Eternal City is complete without snappy a selfie down by the Trevi. The Trevi Fountain or Fontana di Trevi is the largest and most-visited fountain in Italy. This monumental water feature stretches 85 feet high and spans 65 feet across. Its one of the most ornate fountains in the world. Its impressive centerpiece depicts Neptune, the god of the sea, standing on a shell-shaped chariot out of which the water flows. Two figures stand either side of the Neptune, representing the gifts of Abundance and Health.

In addition to Rome’s stunning monumental fountains there are hundreds of charming water taps dotted around the city. These quaint water features look just like your average kitchen tap and the water that flows from them is perfectly safe to drink. Make sure to bring a reusable bottle as you stroll through the Eternal City and stop by these ancient pumps for a refreshing break to cool off under the Roman sun. If you forget your water bottle don’t stress. Unlike your average tap these Roman fountains have not one but two holes in them. Embrace your inner Roman and cover the mouth of the tap with your finger, forcing the water to spout up through the void at the top at the perfect angle for you to get a thirst-quenching drink, straight from the tap.

In the Mood for Good Food 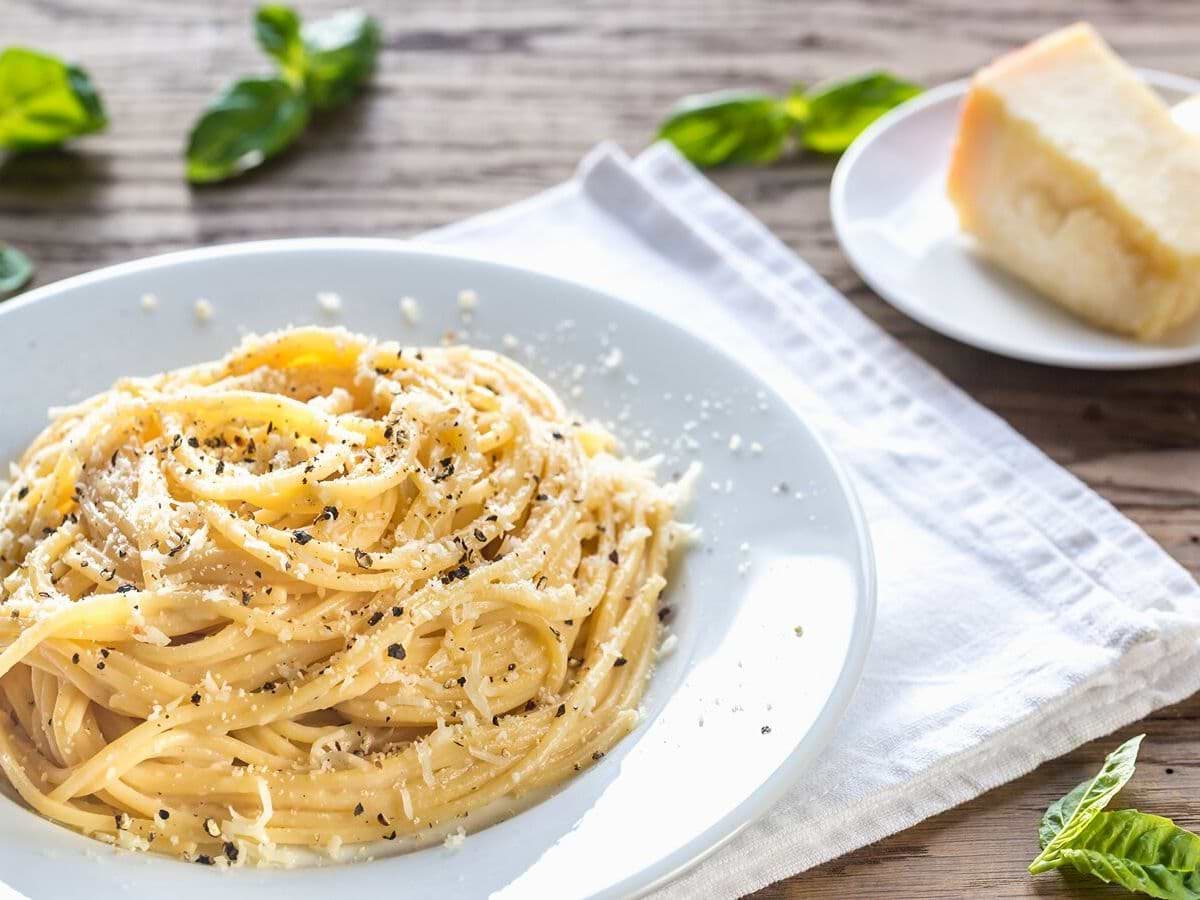 Experiencing the local cuisine is one the top things to do when in Rome. Food plays a major role in Roman culture so it would be rude not to consume your body weight in pasta while you’re there! But don’t get fooled by the city’s many tourist traps, offering overpriced and underwhelming dishes. Walk in the footsteps of locals and seek out the lesser known corners of the city to enjoy mouthwatering cuisine, that won’t break the bank. When you’re in the mood for good food we recommend a trip to Trastevere or the Jewish Ghetto for a truly Roman feast. Some of our favorite local dishes included; Cacio e Pepe, a scrumptious cheese and black pepper pasta dish, Roman style artichokes and the king of Roman the street food, Suppli.

Top tip: if a restaurant has photos of the food on the menu you can guarantee it’s a tourist trap and should be avoided.

Roaming through Rome at Night

Often more captivating than the city during the day is Rome at night. Devoid of the throngs of tourist that flock to the city in the day and away from the scorching Roman sun, roaming the streets of Rome after dark is a much more relaxing experience. From charming bistros to funky jazz bars and energetic piazzas to colorful gelato cafés; there is so much to see and do in this remarkable city after the sun goes down.

Most Romans don’t have dinner until after 9pm. This means that nightlife in Rome starts pretty late, so don’t stress if all the bars are empty when you go for a drink at 7pm. Socializing is a much-loved pastime of the Romans, whether it’s for dinner or snacks and drinks, the city’s piazzas are always bustling with locals and tourists soaking up the ambience after dark. While Friday to Sunday are the best nights for hitting the clubs, the city’s wine bars and bistros are busy every night of the week.

Nightclubs and bars aren’t the only way to experience Rome after dark. Night tours of Rome are a great way to make the most of your vacation time and gain a unique perspective on the city. Visit the city’s most iconic landmarks, illuminated under the night’s sky on our top-rated Best of Rome evening walking tour. Or uncover a darker side to the Eternal City and discover the ghosts and mysteries of the city’s haunting past on our goosebump inducing Rome Night Walking Tour.

If you want to explore this dynamic city in the company of a local expert then you’ll love this list of the best Rome tours.

Rome’s Dark Side: The City of the Dead